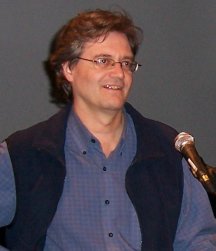 These fun and enducational events are available as single lectures or a series for your social group or organization. They are illustrated with recordings, videos, and live music examples.

Email here for fees and availability.

Morrison’s lectures and courses have been profiled many times in the Montreal Gazette and other publications. In 1993 he was awarded The Distinguished Teaching Award from the McGill Centre For Continuing Education.

"Morrison, noted Montreal musicologist and swell musician, has been teaching everything from the blues to the Beatles for the last 15 years at McGill and Concordia universities as well as more offbeat learning centres like Zeke’s [Gallery]. Morrison not only imparts knowledge on legends...but also plays the classics for his students." - Let’s Spend the Night Together in Stones Class by Bill Brownstein, Montreal Gazette, November 9, 2002. 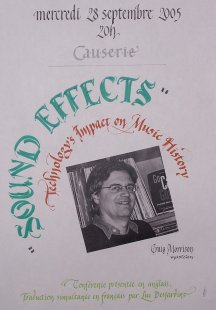 Poster for the technology lecture (sponsored by the Phonotheque Quebecoise).

John Lennon and Yoko Ono : The Music of Love and Peace

History of the Blues

History of Rock and Roll

Women of Rhythm and Blues and Motown

Swing : Big Bands and Beyond

Top Songs of the 20th Century

Louis Armstrong and his World

The Summer of Love

The Music of the Beatles

The Music of Bob Dylan

The Music of the Rolling Stones

The Music of Van Morrison

A History of Popular Music in Canada 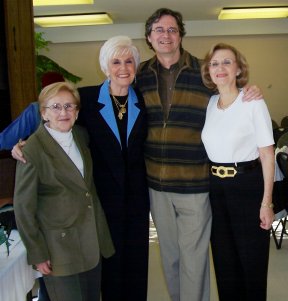