Blowing in the Wind : A Tribute to Bob Dylan and his Musical World, by Craig Morrison & Friends 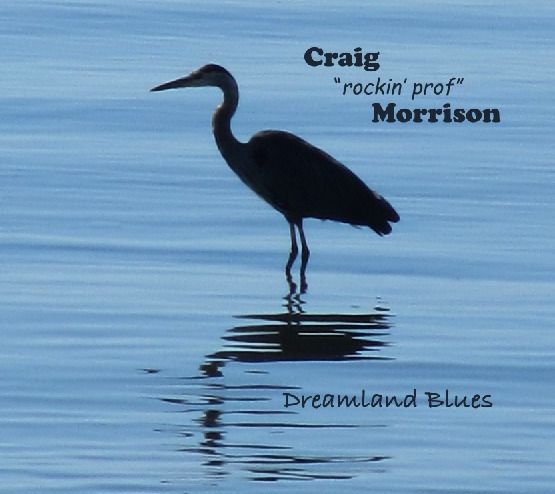 1. Ain’t No More Cane On the Brazos

2. Blues My Naughtie Sweetie Gives To Me

3. Button Up Your Overcoat

Buy now from this website via paypal, a trusted and secure method for online transactions : $18 Canadian, includes free shipping from Montreal to anywhere, plus autograph if requested.

by Craig Morrison & the Momentz 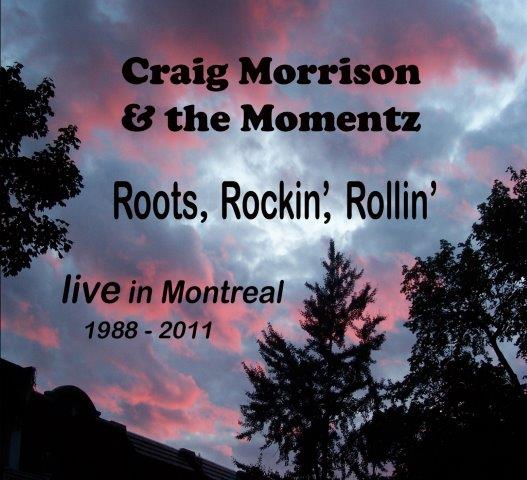 These tracks were recorded in performance at night clubs, a church basement, on the radio, and the Oscar Peterson Concert Hall (the Annual Roots of Rock and Roll Concert, various years).

three from the British invasion

and one each from Delta blues, British blues, Nashville country, ‘50s rock and roll, and the folk revival

4. I Got a Rocket in My Pocket

8. Don’t Let Me Be Misunderstood

Buy now from this website via paypal, a trusted and secure method for online transactions : $18 Canadian, includes free shipping from Montreal to anywhere, plus autograph if requested.

Thanks for the CDs, really enjoyed them ! I really dug your version of "Casey Jones." Of all the blues guys I’ve ever heard perform that song, I think yours is the best. No kidding ! Your selection of rarities and deep knowledge of the blues and rock is truly amazing. - William A., Arlington, Virginia 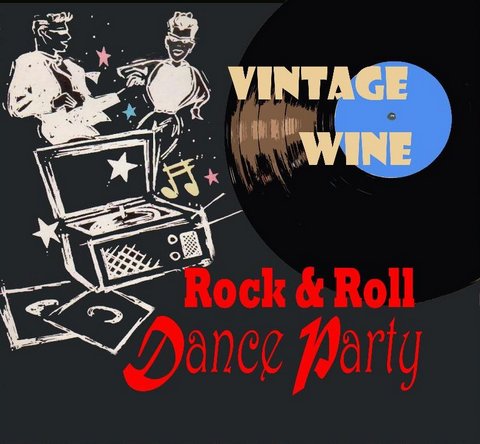 Half of the songs were recorded in the studio, the other half live at the Oscar Peterson Concert Hall. Includes songs by Roy Orbison, Chuck Berry, Sam Cooke, Fats Domino, the Temptations, Marvin Gaye, and many others. It sounds great and we’re proud of it !

21. I Heard It Through the Grapevine

Blowing in the Wind : A Tribute to Bob Dylan and his Musical World 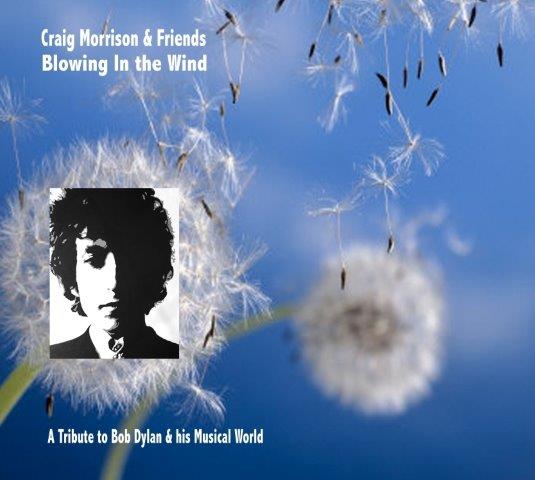 17. All Along the Watchtower

Stand By Me - Blues, Rhythm & Blues, Motown and Soul 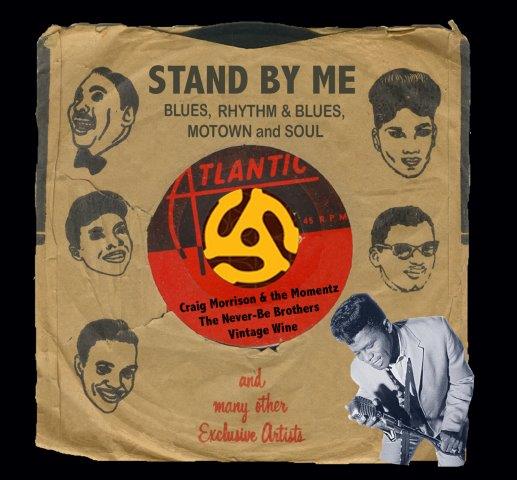 3. Dedicated to the One I Love

19. (Your Love Keeps Lifting Me) Higher and Higher 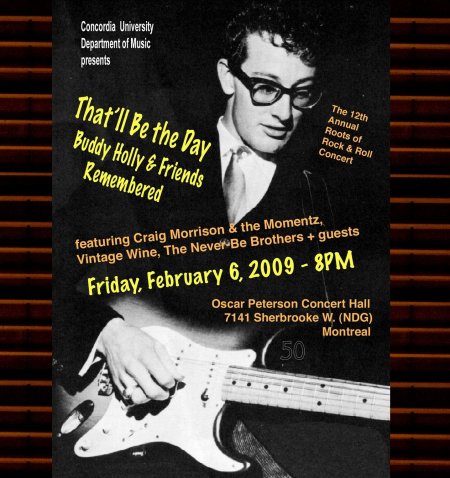 Fifty years after the death of Buddy Holly, Ritchie Valens, and the Big Bopper in a plane crash while on the Winter Dance Party tour, a group of 12 musicians gathered to pay tribute to them, as well as Holly’s early influences and contemporaries.

The songs were "delivered with devotion by true believers playing the hell out of them" [Bernard Perusse - Montreal Gazette]. 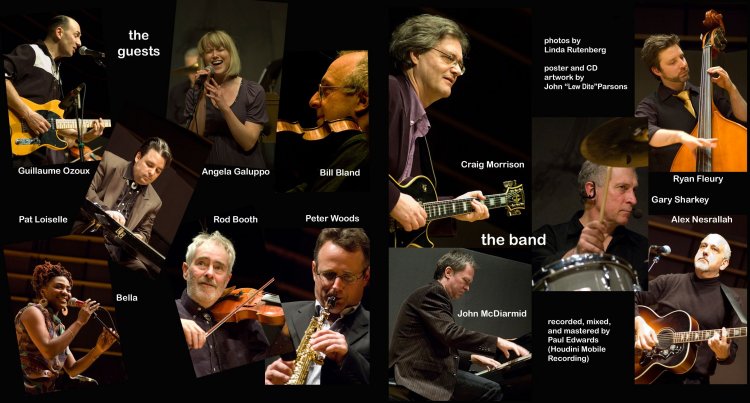 Included are versions of Holly’s first release (Blue Days, Black Nights) and some of his best songs :

That’ll Be the Day

Raining in my Heart

The CD also includes songs by : 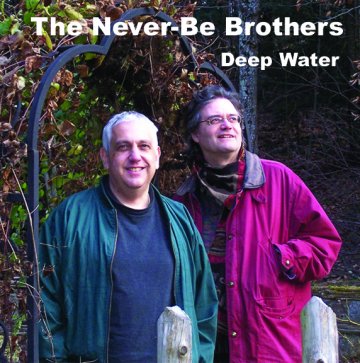 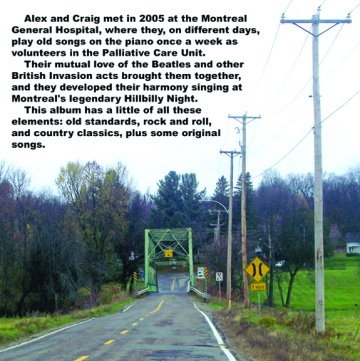 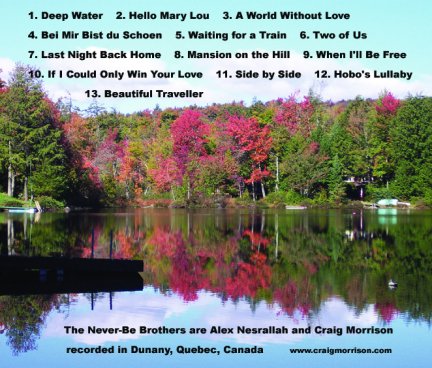 Craig Morrison & the Momentz : Live at the Oscar

Assembled from studio tracks and two live performances-at the Rockabilly Jam series in 1998 and at the Oscar Peterson Concert Hall in 1999-the CD is half original compositions and half covers. The songs resonate with connections to roots and traditional sources, subjects Morrison knows well as the professor of Rock and Roll and Its Roots for Concordia University’s Music Department.

From their days backing the legendary rhythm & blues pioneer Vann “Piano Man” Walls, Craig Morrison & the Momentz reprise songs by the Clovers and Big Joe Turner on which Vann originally participated, and perform a tribute in “When Captain Vann Plays the Blues.” Inspired by meeting rockabilly veterans while researching his book Go Cat Go ! Rockabilly Music and Its Makers, Morrison covers songs by musicians he interviewed : Charlie Feathers (Memphis) and Jackie Lee Cochran (Los Angeles). One of the original compositions eulogizes the late Handsome Ned (Toronto). Other songs on this diverse program come from traditional folk, the Memphis Jug Band, Don Gibson, and the Strawberry Alarm Clock. In addition to mining the sources, Morrison’s own songs, including one performed alone with acoustic guitar, show that the tradition continues.

Craig Morrison & his bluegrass buddies : Echoes From the Blue Angel

This album was recorded in 1990 and remastered for CD in 2005. It documents the kind of music Craig plays on Monday Nights, at Montreal’s legendary Hillbilly Night. 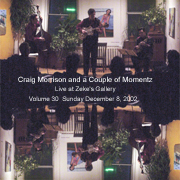 "At last a record recorded at Zeke’s that sounds good, not because it’s well recorded, but because that scratchy live feel adds to the experience. This bluegrass trio sound like they’re having a party at the Grand Ole Opry or some juke joint off the Mississippi interstate. I love the plucking and picking and Morrison’s wonderfully evocative vocals, but if you close your eyes, you’ll be transported back in time to the very crossroads where legendary bluesman Robert Johnson sold his soul to the devil."  Bugs Burnett, Hour, June 19, 2003 : 15. 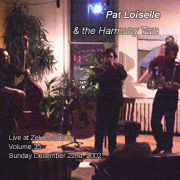 "Pat Loiselle has a voice to be heard : clear, high and lonesome-like, whether it’s trad blues, bluegrass or vintage rock ’n’ roll. Pairing up with Craig Morrison doesn’t hurt. And Pat’s a harpist and guitarist and mandolinist. The balance in the harmony voices isn’t quite there, and some tunes work better than others. But Blue Moon of Kentucky or the grass-ified Crossroads or a cool Merry Christmas Baby would do as samples of their work on a compilation. Dean Cottrill, Hour, June 19, 2003 : 15. 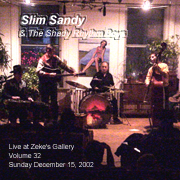 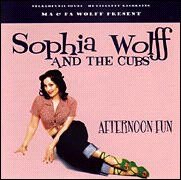 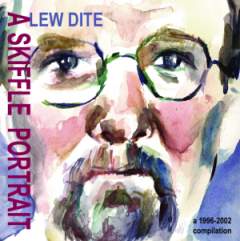 Known as Canada’s Skiffle King, local songster John "Lew Dite" Parsons took his stage name in solidarity with the luddites, an archaic anti-technology movement. Parsons was born in 1941, and his original group, The Skifflebillies, played in Montreal and the Laurentians from 1957 to 1959 during the heyday of British Skiffle. In the early ’60’s, he played folk music, but by 1966 had abandoned his music for other adventures.

Two decades later, upon discovering Bob Fuller’s enduring Hillbilly Night at the Wheel Club in N.D.G., he took on the Lew Dite persona and formed The Lew Dite Skiffle Group. This act appeared at venues as varied as Zeke’s Gallery and Concordia’s Oscar Peterson Concert Hall, where for three consecutive years they participated in Craig Morrison’s Annual Roots of Rock ’n’ Roll Concert. Lew Dite now combines his roots in skiffle and folk with old-timey country and influences from his father, Bill Parsons, who was born in Liverpool in 1903 and immigrated to Canada in 1927. He played ukulele and tenor banjo and sang the Tin Pan Alley songs of the period. Carrying on these traditions, Lew Dite sings a wide ranging repertoire while playing either guitar, ukulele, 5-string banjo, or tenor banjo, throwing in some kazoo solos as a bonus.

Lew Dite has posted around 300 film clips of himself singing old songs on youtube, some including other musicians. These clips have brought him international audience and much correspondence about his music.

Boppin’ In Canada. Released by and available from Nervous Records (UK). 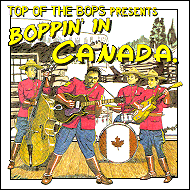 "Professor Craig Morrison plays tribute to a jamming partner Malcolm Yelvington on his lucky old Sun number, ’Gal named Joe’. He sang and played piano and guitar, accompanied by The Momentz (Clive Jackson on bass and Pierre Gauthier on drums)."