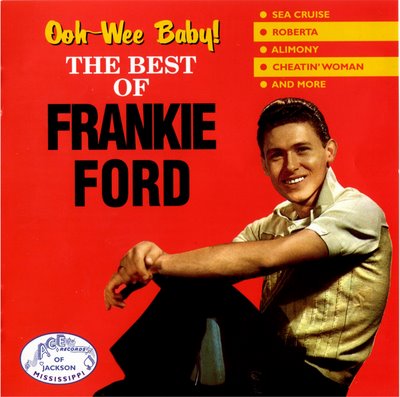 Frankie Ford (1939-2015) was one of the greats in a long line of New Orleans piano players. Of his many hits between 1959 and 1961, the biggest and most enduring is “Sea Cruise.” The movie American Hot Wax (1978), its story based on the life of pioneering rock and roll disc jockey Alan Freed, included several stars of the 1950s : Frankie Ford, Screamin’ Jay Hawkins, Jerry Lee Lewis, and Chuck Berry, boosting their careers and the rock and roll revival movement.

I’ve been performing “Sea Cruise” since the late 1970s when I played in the Vintage Rock and Roll Band in Victoria BC, my hometown. I still do the song these days in Vintage Wine—it’s just a coincidence that the two bands have similar names—the Montreal group I have been part of since 2003. So I was delighted to see him in concert at Rockin’ Fest III in Green Bay, Wisconsin, on May 18, 2007. He was in fine form, telling hilarious off-colour jokes, playing and singing wonderfully, and backed by a top-flight gang of musicians, including a three-piece horn section. You can see a little of it here. The interview took place later that day. His article on wikipedia is here.

Craig Morrison : When you were growing up what kind of music did you hear ?

CM : What made you want to be a singer ?

CM : How did you learn to play piano ? What was it like coming up ?

FF : I found out that I could not get a job with a band just singing. I used to go to “Frogman” Henry’s house in the afternoon and he’d help me with my playing. I was about 15. And the next was Huey Smith, and then the next was Fats Domino. I had the greatest teachers in the world. I was lucky. And they weren’t afraid to teach me anything. 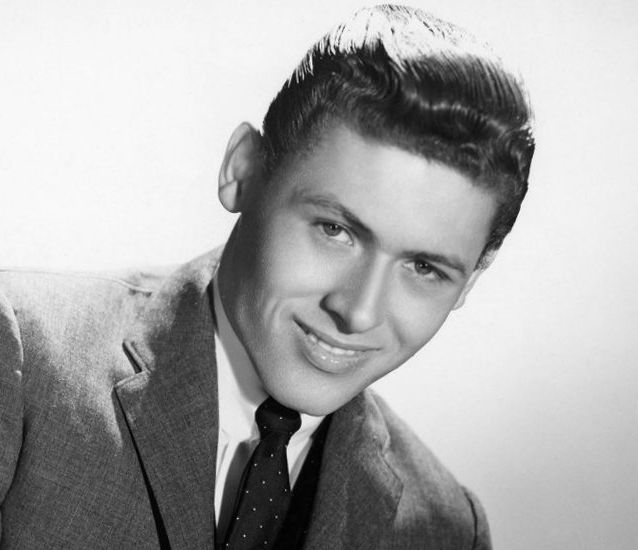 CM : Well you have a very lovely piano style now, right in the New Orleans tradition.

FF : No kidding ! And that was a great look.

CM : Yeah, and it’s all here in the tape recorder !

FF : But I’m serious. I studied classical music and then my vocal coach taught me piano, where it was.

CM : The theory of the chords and all that ?

FF : Yeah. She’s still alive, she’s still with us. She’s a great great lady. She studied at La Scala [the famous opera house in Milan, Italy]. That’s where the big voice comes from.

CM : The classical training. What did she have you do to get that big voice ?

FF : You learn to sing from your diaphragm, not from your throat.

CM : Because you were singing amazingly today.

FF : When I put the microphone down…that’s a big room !

CM : And you projected into it too. That dramatic song that you did that on, what was that ?

CM : No there was another one.

FF : Ed Townsend. He was one of my idols. I didn’t know him until about two or three years before he died. I don’t know where he was from but he was so wonderful. I always sang that, the minute I heard it on the radio. “For Your Love,” and the doo-wop rock and roll.

CM : Were you able to see some of these acts live when you were growing up ? Were they around ? 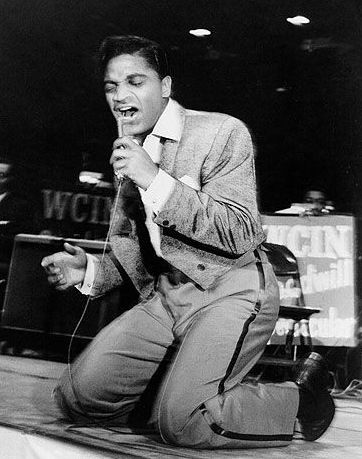 FF : All of them. The cologne I wear now, Jackie Wilson gave me in 1959. Really. He was a sweetie, he was a gentleman. We were on the Dick Clark Saturday Night show and we went out after.

We went back to the Park Sheraton which was [comedian] Jackie Gleason’s hotel, he had the whole top floor. We went up there and Jackie [Gleason] said “We know you sing”– talking about Jackie [Wilson]—but I had no idea you sang like that.” But I still wear that today.

CM : That’s a nice memory and connection. On stage you have a very outrageous persona, and you’re very comfortable with it. Did you have any difficulty to be who you wanted to be on the stage ?

FF : I worked with Sophie Tucker when I was five years old.

[Sophie Tucker (1884-1966) was one of the greatest stars of the vaudeville stage. Her trademark song was her biggest hit, “Some of These Days,” which she first recorded in 1911. In later years she was billed as “The Last of the Red-Hot Mamas.”]

We used to call it Kiddie Day, on Sunday. I came off the stage, and when I walked back and there were kids running across the stage. She said “always walk on stage like you just bought it.”

FF : Is that wonderful ? I worked with Ted Lewis. [Ted Lewis (1890-1971) was a very popular bandleader with many hits in the 1920s and 1930s. His famous phrase was, “Is everybody happy ?”] In the ’50s, I worked with [the pop vocal group] the Ames Brothers, and then I worked with a black [vocal] group, the Mills Brothers. I watched them all and I learned. My vocal coach told me, “Learn two things : what to do and what not to do, and if it don’t work, forget it.” I worked with [the vocal group] the Ink Spots, three of the originals, when I was about 9 years old. 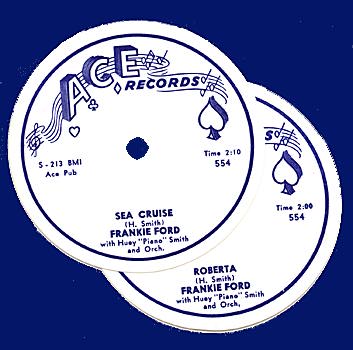 CM : I got to see [Ink Spots lead vocalist] Bill Kenny perform when I was a kid.

CM : When you were watching everybody you were going, “keep this….”

FF : Oh yeah. In your life, things that don’t happen, you don’t do again. It’s the old vaudeville thing : “Doctor, it hurts when I do that,” and the doctor says, “Don’t do that no more !” Really.

CM : You made such an impression when you came out with that lavender suit.

FF : Nobody’s got the balls to wear that. 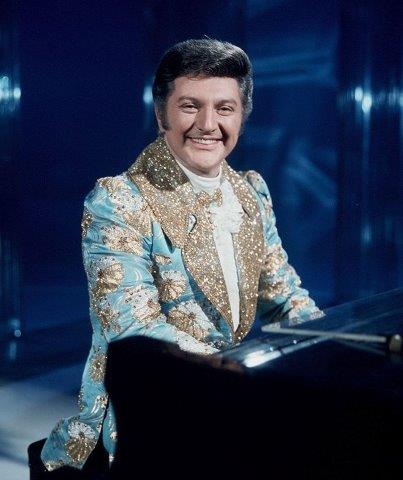 FF : Hello ! I’ve been called the Liberace of rock and roll.

FF : I remember with Lee. I had an ashtray that Lee gave me.

CM : That’s great. What are you most proud of ?

FF : I’m proud that my mother and father saw my success, and I could buy houses, jewelry, furs, and cars for them. My father originally said “Get that damn music off the jukebox !” With my high school band I was making $8 to $10 a night, three nights a week. Then after my first regional record I’m making $50 a night. By then he said “Music ain’t so bad.” I was making more money than him. You got to realize, that’s ’57. I was making $150, and later on I could—and I’m crossing myself—I bought two houses [for them].

FF : Really. I’m an adopted child. I came on the back porch, they fed me and I stayed ! [Laughs] Really ! Mother’s Day one time, we went to dinner at an Italian restaurant, and I brought their mortgage book. I gave them a card for Mother’s Day, and I said “It’s Mother’s Day and Father’s Day.” And I gave the book to them and they opened it up and it said “cancelled” [on the mortgage contract”].

CM : What a beautiful gift.

FF : Everybody’s crying : my lady friend, her mother, and my mother and father are crying. My friend, the Italian guy who owned the restaurant : “What’s wrong ?” And my father said “Look.” Well, he was crying also. Now we had steak and lobster and Dom Perignon, two bottles. I went to pay the cheque, and he said “Anybody that does that for their parents, there’s no cheque here.”

FF : Yes, I was most proud. I have an interest in a limousine service at home. We’re in the longest Lincoln in New Orleans, coming through the Jazz Festival with 135,000 people, we get back to my mother’s house and I said “Well, Mama I’m going to walk you in.” She said “Before you leave, you got to put my garbage out.” Did Mama knew how to put my ass… It’s like I say about this [holds up his watch]. God has a way of telling you with this diamond Rolex : I can’t read it ! 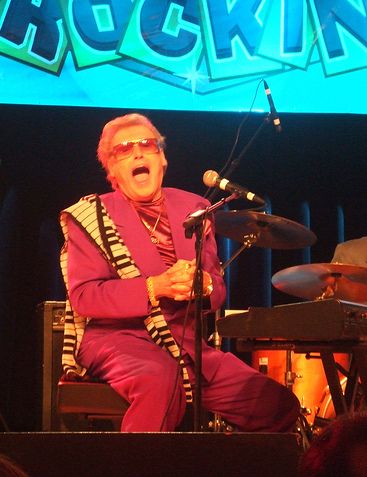 CM : Well you certainly had them tonight.

FF : And I came up with some new lines.

CM : If they’re good you’re going to keep them, right ?

CM : Is there anything that you want to add ?

FF : God has been very good to me, but I worked my hoofies off. You get nowhere unless you work. Thank-you.

I have also posted several additional interviews with veteran musicians. To go to the index page, click here.